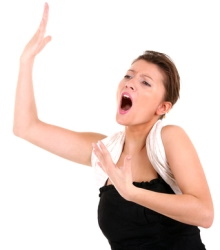 Vibrato is a skill that adds texture, expression and maturity to the sound of the harmonica. Finding your own vibrato is a mission that ranks right up there with blow bends, overbends and tongue blocking. With dedication however, it is eminently achievable and the quest is well worth undertaking. So think positive thoughts and enjoy the journey.

The information below provides insight into what vibrato is, what it is not, how to acquire it for yourself, and also how to perfect it. Please note that while the instructional content comes from a lip-pursing perspective, the principles will be helpful for tongue blockers and U blockers too.

From the outset, we should agree that true vibrato involves change of pitch. This is conceptually very important. Adding controlled pitch modulation to our playing introduces extra colour. This is how vocalists texture their long deliveries and we can adopt the same musicality.

As harmonica players, we should perhaps adopt the mindset of a vocalist when shaping our vibrato delivery. With harmonica reeds replacing vocal chords as our sound source meanwhile, vibrato itself is the product of well managed reed bending. Sustained use of our throat or tongue to control and steer a reed’s pitch is how we will achieve our goal. So, if our regular bends are not yet in check, we should invest more time in perfecting these, then come back to finish the job. 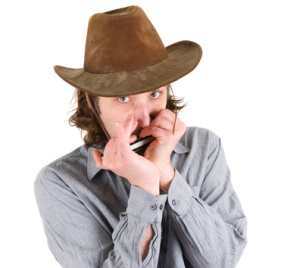 What is Tremolo?
Tremolo is also a way of texturing our playing. Think of it either as a loop, where a note pulse is repeated but its pitch remains unchanged, or as a volume switch enabling us to fade and reintroduce the same note without any pitch shift. We can control this in various ways, but we are creating a broken waveform as opposed to the continuous waveform of vibrato.

A common example is when we apply a quivering texture to tunes for that campfire effect. This requires hand tremolo, more commonly known as hand vibrato. It does not actually change the pitch of the melody notes, but instead provides a rapid on-off pulse.

Are there different types of vibrato?
The short answer is yes, although mechanically speaking there are two common denominators. Principal terminology lists hand, embouchure, tongue, throat and diaphragm vibrato, although this is not exclusive. Embouchure vibrato is also called jaw vibrato, while diaphragm vibrato is also called abdomen, belly or gut vibrato. With further exploration the lexicon grows incrementally. 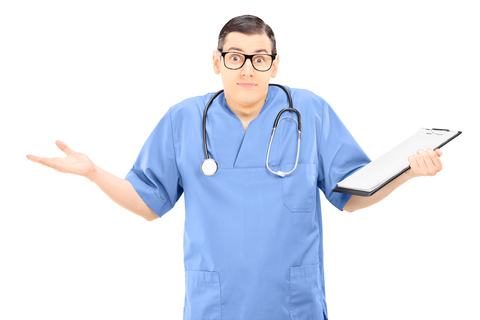 Drawing from our initial list, the terms hand and embouchure vibrato can be misleading, as they do not entail a pitch shift; technically they are types of tremolo. Further information about tremolo playing is on our dedicated page. Meanwhile, diaphragm vibrato is an exaggerated form of throat vibrato, using abdominal muscle movement to anchor and pulse our airflow.

Drawing from the information above, all subsequent references to vibrato will assume control from the throat for inhaled vibrato, and the tongue for exhaled vibrato.

Which holes should I use to learn vibrato?
Having established the important connection between pure vibrato and reed bending, it follows that holes 1 to 6 are where we can use throat vibrato most effectively as these are draw bend stations. We include 5 draw, as the micro-bend inherent in this hole also facilitates vibrato. Holes 7 to 10 are where we use tongue vibrato as these are blow bend stations. Where the remaining holes do not dispense regular bends, tremolo is achieved instead. 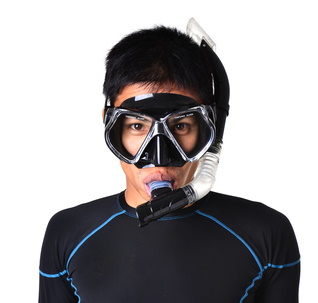 Breath control and depth of tone
Before we start work, we should take a moment to consider our airflow. Good breath control is the conveyor belt that transports the vibrato process. We can use vibrato on shorter notes, but its full effect is enjoyed on our extended notes and fermatas. Framing vibrato from the epiglottis and from an open airway adds depth of tone to the end result.

The following sound clip illustrates harmonica vibrato in four different takes. The first has a weak airflow, a narrow mouth chamber, resultant thin tone and a compromised vibrato. The second has a stronger airflow, an open mouth cavity, resultant depth of tone and a healthier vibrato. The third carries this into a musical phrase (three short pick up notes and one long note), but activates the vibrato as soon as the long note begins. The fourth follows the same pathway, but the vibrato is only activated once the long note is fully established. This last take provides differentiation of texture and demonstrates controlled placement of vibrato technique. We don’t have to add vibrato straight away, or all the time, so be musically judicious.

Glottal stops
Time to start work. Whether blown or drawn, we have established that vibrato is rooted in note bending, and this has a bearing on where vibrato is best deployed on our harmonica. We also understand the difference between vibrato and tremolo. When we hear that the throat vibrato is controlled from the back of our vocal tract, where the epiglottis sits above our larynx, do we actually know where this is? 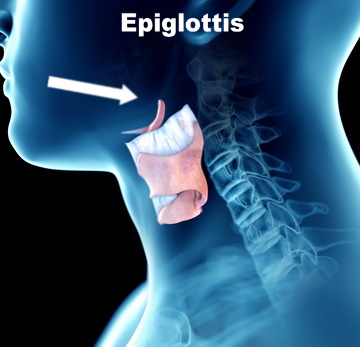 The larynx (Adam’s apple) is more pronounced in men, but with a finger gently pressed against the front of your neck, you should be able to feel it; it’s the knobbly bit that moves up and down when you swallow. Try it for yourself and take a swallow. As you do so you will feel your larynx rise and fall. Do it again, but freeze the swallowing movement halfway, with your larynx at its highest point. You have now located the area from which throat vibrato emanates; let’s call it our ‘gulping zone’.

To engage your epiglottis now, try speaking the word Uh-Oh! If you are unfamiliar with this exclamation, type Teletubbies Uh Oh in your browser, listen, repeat and enjoy. Otherwise try mimicking the London Cockney accent where a letter T is swallowed, turning butter into buh’er. You are now using glottal stops. They come from the upper gulping zone; let’s call this our ‘gasping point’.

Throat Vibrato
This is where things are really at; the benchmark vibrato every harmonica player wants to master. You will find plenty of online video advice on how to get started, but everything begins with locating the epiglottis. So to launch our voyage of discovery, we first need to mark out the physical area we are dealing with. To do this, whisper the following phrase audibly: hello harry how’s your harp? Now do it breathing in. Do it again and imagine a harmonica reed replacing your vocal chords. Now pick up a harmonica, draw hole 4, and articulate the phrase once more. We starting to locate our vibrato control centre. Try this exercise using each of the draw notes 1 to 6.

Now try repeating the word ha-ha-ha! on draw hole 4. This should generate a smooth, or legato, delivery. Do the same again, but this time repeating the word uh-uh-uh! If you focus on a hard u sound, the result should be an articulated, or staccato, delivery. It should also start to engage the epiglottis, the control centre for draw bending. The next step is to adopt either approach, but run everything together and, as you inhale, relocate things your from a sip to a gulp.

At all cost avoid becoming a tongue cheat. I’ve hear so many try to achieve glissando with the sound eeyew-eeyew-eeyew. This serves no purpose at all and it’s just f#cking annoying. Find your epiglottis. When you do, try to count one-two-three-four as you continue. This will regulate your vibrato, giving it rhythm and symmetry.e.

Rate of vibrato
The quality of a vibrato is determined by its degree of pitch variation, and also by the speed at which it takes place. Everyone has their individual default rate. Some are quite gentle, others are more rapid.

With practise we can learn to control our rate of vibrato, speeding it up or slowing it down. Commonly our ears enjoy vibrato at a rate of 5 or 6 oscillations (Hertz) each second. If you set your metronome to 60 beats per minute (60 bpm); this provides one beat each second. Delivering a single oscillation each second (1Hz) is difficult and sounds rather like a slow tremolo. We cannot engage the epiglottis effectively and there is a lot of dead space in between. Subdividing to two oscillations each second (2Hz) is an improvement, but it is still far from ideal.

Here’s what it all sounds like using 4D on a Bb harp. Each clip uses a metronome set to 60bpm and has a count in of three beats..

Vibrato rhythm
Vibrato is not random. It is a controlled effect, which we apply to a time signature. Drawing from the rate exercise above, we are essentially subdividing a common time pattern 1:4, 2:4, 4:4, or triplet patterns 9:8, 6:8 or 12:8. This results in measure, uniformity and symmetry. Time to grab your metronome and start practicing.