It was a humid summer’s day. Beyond the duck pond, the Rear Admiral’s mower muttered to itself and occasionally spat stones at his prizewinning parade of pink floribunda. Next to the Tickled Trout, a canopy of elder flowers floated in the warm breeze, while hover flies patrolled the cow parsley below, pretending to be bees. In the harp surgery kitchen, the Good Doctor was preparing cordials and halving strawberries for afternoon tea. He flourished sugar across the fruit from a shallow silver spoon. ‘How many songbirds fly to and fro, in an English country ga-ar… what the?’ A manilla envelope boomeranged through the window, clipped his ear and skidded to a halt on the kitchen table. The sugar spoon fell to the floor.

‘Morning Doc!’ Otis the mailman strode in through the kitchen door and dropped his bag on the flagstones. ‘A fine day for a bit of footy’. It was the the start of the European Cup and the standard of St George had been hoisted up the Tickled Trout ‘s flagpole. ‘I have no doubt Otis, but one more trick like that and it’s a red card for you’.

‘Strawberries look tasty!’ said Otis, changing the subject. ‘They’re for the opening ceremony old boy; keep your thieving Germans off’. He slipped the bowl of fruit into the chiller. ‘D’you hear about the bloke who goes to the doctor’s and says I’ve got strawberries growing out me ears?’ asked Otis. ‘No I don’t believe I have Otis’. The Good Doctor winced in anticipation. ‘Don’t worry says the doctor, I’ve got some cream for that!’

While Otis laughed at his own joke, the Doc gutted the manilla envelope and drew out its contents. ‘Talking of cream Otis old chap, here’s a CD we can play at half time. Remember I chatted to Mark Feltham about this recording a while ago? Well I’ve just had a chat with the other harmonica player, Mitt Gamon. I’ll put the kettle on..’ In 1988 Godley & Crème release Goodbye Blue Sky, which led to a couple of chart hits, Little Piece of Heaven and 10,000 Angels. You were recruited to play on what was essentially a harmonica-centric album. What memories do you have of the project?

As Mark probably told you, we were kind of auditioned by Lol and Kev, although we didn’t know it at the time. Went down to record a track at Lol’s, and there was another harp player there as well. Can’t remember who it was right now, but I thought it was all a bit strange. I believe it might have been Harry Pitch…….I don’t know why that name springs to mind, but it does. I’m sure Harry Pitch was there, but the guy that auditioned with us and wound up on the track Rhino Rhino, was Peter Hope-Evans, I do believe (Medicine Head)……..but don’t quote me. Anyway, I wound up recording with Mr. Feltham for around six months, on and off, on the project. We were both pretty excited to be involved, but at one point I remember having a conversation with Mark about who was going to listen to an album totally centred around the Harmonica. Plus the lyrics were pretty doom laden, if I’m actually quite honest! We recorded the whole thing at Lol’s house, and the engineer was very good, working on an old 16 track. I was back and forth from America around this time, but we did a couple of video shoots afterwards, one of which wasn’t used, which is a shame ’cause it featured both myself and Mr. Feltham getting thrown off a mechanical horse. I got a large welt at the bottom of my spine! Anyway, Goodbye Blue Sky came out, and it kind of tanked. I don’t think it was very well timed and the overall feel was quite dark and foreboding.

But now I quite like it. I became a life long friend of Mr. Feltham, whom I hold in the upper most regard. And the bottom line is, people don’t experiment like that with any specific instrument too often, and from that point of view I was pleased to be involved. But they later referred to me as a ‘perennial rock and roll pirate type’, which got my goat a little!…… Mark mentioned that you were recruited for your respective strengths on the harmonica. He is still in awe of your rhythm playing; a technique he finds challenging. I believe you played Bass and Chord harmonica on the album.

Mark would talk up my rhythm playing…….and slow vibe apparently…..I never studied harmonica in any way, shape or form. I’m not self taught though. I had one lesson when I was about 10, and had been learning flute for a number of years. I learnt invaluable breath control through that. My flute Mistress, Maia Lillausis, used to make me learn classical pieces, and as I played them, she would randomly thump me in the chest. If I missed a note, I’d have to restart. I soon learnt control. Plus I listen to Jazz. Blues players all sound very much the same to me, and tend to overplay. I love Carey Bell for his silences! But Mr. Mark Feltham has always been a fabulous soloist, and it kind of fell into position over ‘Blue Sky‘ that I’d do the mental breathing bits (10,000 Angels) and he’d do the solos to rip your heart out as demonstrated on the track Desperate Times.

And yes, I played the Bass harp, and the Orchestral Chord harp. Lol and Kev had got a whole new set of everything off Hohner before the album started. They didn’t realise harp players all like different brands. Mark used Huang at the time. I was on Lee Oskars. So the Hohner harps just sat there. Apart from the big one on the cover. It cost £1,000 pounds and I think I blew it to bits. The reeds didn’t look in very good shape at the end. Since then, I’ve acquired a Three Tier Chord Polyphonia which I much prefer to that silly big beast. The Bass harp on the album was mine. The new one they had got had not been blown in properly, and was tough to play. And we both played bits of Chromatic where necessary.

So what influenced you to first pick up the harmonica?

I read your interview with Mark Feltham. It’s not a Lighthouse I live in, it’s a Chapel. And I’ve learnt how to play a melody…….he’s a cheeky bugger, I’ll have him for that! Right, influence. Miles Davis for space. And then there were the harp players. Captain Beefheart, Lee Oskar, Charlie McCoy, Norton Buffalo, Sugar Blue, Toots, Carey Bell, and, of course, in first position forever, Stevie Wonder. I also used to live next door to Larry Adler. In Chalk Farm. I was leaving the flat one day, and I found his bus pass on the ground outside the back door. So I went to his flat to drop it in to him, and he wasn’t in. So I left a note. The next morning about 9 o’clock, there was a knock at my door. I wasn’t up. Life of a rock and roller. I crawled to the door and looked through the peep hole, and there was Larry, holding a tiny cardboard box. So I opened the door and gave him his bus pass, in a very morning mood. He said thank you and gave me the box as a present. When he turned to leave, almost in passing, he asked ‘What do you do then?’ I said, as you would, ‘Oh, I’m a harmonica player………….’ He turned to leave again and retorted, ‘I wish you hadn’t said that’! 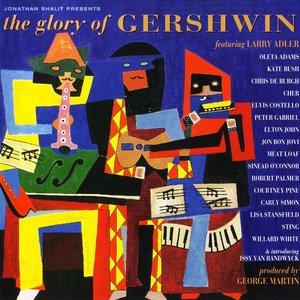 Great cassette I got from him though. The one with all the ‘stars’ on it. I’d learnt flute, but wanted an instrument I could make growl. Plus I grew up in Stansted, and had a very good friend called Pete Tolson (RIP) who later joined The Pretty Things. He was totally into the blues and showed me stuff on the guitar. I kind of wore my blues edge out in the early 70’s, ’cause there was so much around then. And it was good. But then The Mahavishnu Orchestra came along later. And that was me done for. I love what I call ‘madjazz’. It’s light years ahead of its time as far as I’m concerned. Try the Abstract Logix catalogue for a few examples. But it’s not harmonica! At the end of the 70’s, a large vehicle called ‘punk’ was rearing its head, and that’s when I met the Stiff mob and afterwards, Gang Of Four…..look out!

Before we move on to Stiff, Punk and Dub, tell me about the Hohner Polyphonia

My three tier Chord Polyphonia came off eBay. I think I was about the only one bidding on it. Got it for around £50.00. The only other one I’ve ever seen on eBay belonged to John Entwistle. That went for a lot more than mine. But I got a phone call from the guy that it

belonged to after I’d brought it. Turns out he’d gone out to Germany after the second world war to help re-build the railway system. He and a mate bunked off towards Austria for a couple of weeks. He said he had an affair with a German war widow. After the couple of weeks they decided to get back to work, but before he left, the widow said she’d like to give him a present to remember her by. She took him into a room FULL of harmonicas! Turns out her husband was some sort of player or other. So he took the Polyphonia ’cause he liked the case, and it looked interesting. Well it’s amazing, but it can feel a bit haunted! My Bass harp I got from a shop in Bodmin which is long gone. It was second hand and cost £20.00. They had absolutely no idea what they had, and I ran from the shop after I’d bought it!

So is the Polyphonia like a chord harmonica, but spread vertically?

The three tier chord Polyphonia is a three piece harmonica hinged together. Top row is minor chords, middle is major chords, and bottom is sevenths. But the way it’s laid out, you can blow two chords at once on the major scale, and it becomes a major seventh. There are pictures on the interweb, but Hohner don’t make them anymore. I know. I’ve got a dodgy C sharp minor! And I enquired about getting it fixed…..er, no.

In part 2, Mitt talks about the London Punk scene, and his involvement with Gang of Four, Ruts DC and Ian Dury. We ask him about the rig he uses, his latest album Harmonica Electronica and get a hint of an exciting new project. Visit the Surgery again soon for more Mitt Gamon.