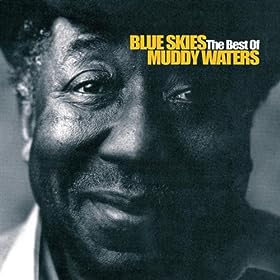 As I later learned, this was a compilation comprising tracks from the three smoking studio albums Muddy Waters cut with Blues Sky records: Hard Again (with James Cotton), I’m Ready (with Big Walter Horton and Jerry Portnoy) and King Bee (with Portnoy). It also featured two live tracks from Muddy “Mississippi” Waters – Live. So basically, the first straight blues album I bought featured three of the best blues harpers you could expect to find in a studio in the mid-70s. I didn’t know it, but I’d just purchased a blues harmonica master class.

Rarely does a single compilation cover so vast an array of skills and techniques in blues harmonica. It’s a complete starter pack to playing harp: aside from hosting treasurable performances from three top harmonica instrumentalists, from the point-of-view of a beginner blues harp we’ve got the ‘Mannish Boy’ and ‘Hoochie Coochie Man’ riffs on display, we’ve got the fierce James Cotton wail, the sleek, deft sidemanship of a young Jerry Portnoy, and eloquent, horn-like performances from Big Walter that showed there was life in the old ram yet.

It also gave me a taste for a variety of playing styles. There are a handful of stellar 1st position tracks, including James Cotton on ‘I Want To Be Loved’, Big Walter Horton on ‘Hoochie Coochie Man’ (trading licks with Jerry Portnoy’s amplified 2nd position harp), and a fantastic showcase solo from Portnoy on the upper octave on ‘Too Young To Know’.

I still find myself listening to tracks like ‘Deep Down in Florida’ and ‘Baby Please Don’t Go’ (Portnoy ripping a new hole into that song) and wondering how the hell they got so good. Maybe it’s God, protecting me from hubris.

Even beyond the harp, the albums that supplied these tracks are superb, especially Hard Again and I’m Ready. Fun, feisty and powerfully produced by Johnny Winter, they see Muddy return to his absolute best, bouncing out of the bargain bins and back into the spotlight – and washing away some of the taste left by that psychedelic flop, Electric Mud. These days, you can buy them in a box set, with a few bonus tracks and great liner notes from Bob Margolin on the stories behind the albums.

Best part: Swaggering through the streets of Welwyn Garden City wearing my headphones, smiling at all the middle-aged dads and soccer moms while James Cotton was tearing a new mindhole between my ears.

Only regret: Listening to the album while shopping for groceries. Never try to accomplish anything to the rhythm of a slow blues like Deep Down in Florida. It’ll take you forever.

Advice for first-timers: This is a compilation not an album, and it features THREE harmonica players – not just one dude with a schizoid sound. It took me years to figure that out.

What album got you hooked? Let us know in the comments. And stay tuned for upcoming album posts from the rest of the Harp Surgery team.

Find Muddy Waters albums at Amazon UK and Amazon US