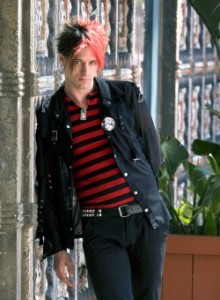 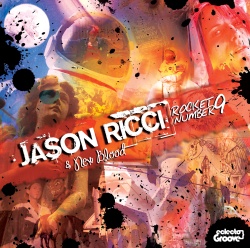 Most of Jason’s set comprised numbers from his wild new album Rocket Number 9. His opener The Rocker, immediately brought Blues Traveler to mind. And Shawn’s very ‘metal’ guitar made an instant impression. It was simply outstanding. The next number, Mr Satan (inspired by Satan and Adam), loped off nicely down the same path, then hitched a ride into jazzrockville. I admit this is not my preferred blues territory – some jazz chords have the same effect as chewing aluminium foil – but it was engrossing nonetheless.

I’m A New Man cleansed the palate nicely. It’s a soul groove with distinct shades of The Staple Singers’ If You’re Ready (Come Go With Me). Jason was very ready and mid-song took the opportunity to showcase his diverse skills. Lou Reed’s Walk on The Wild Side made an appearance, as did some acoustic harp reminiscent of Rory McLeod’s What Is Madness (Footsteps and Heartbeats Album). Jason sustained notes at the top end of the harp beautifully. He rippled up and down. He added hand wah wah. Then he stamped the musical overdrive pedal and roared back in Popper gear.

Dodecahedron is an instrumental from the new album which you will hear as you log on to Jason’s website. Shawn delivered a funky intro with Mike’s sax set nicely on top. A modern jazz funk groove unfolded along with a horn exchange between harp and sax. Underpinning the groove was Todd’s bass (pulled higher under his chin than Simon Cowell’s pants). Shawn then added a superb latin guitar break direct from the house of Carlos Santana, with disarming virtuosity! 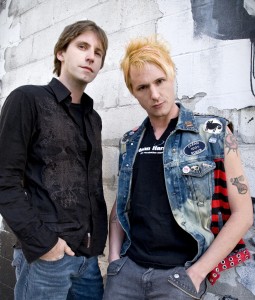 Charles Brown’s Driftin’, a slow blues was next up. Jason played an acoustic harp intro in Sonny Boy 2 style, demonstrating fluent use of the upper register. Shawn’s guitar cut confidently into the mix wearing a Peter Gunn shirt and T-Bone Walker slacks, before changing like a Fender chameleon into BB King tux, SRV hat and Freddie King boots. The hair stood up on the back of my neck. What I was witnessing was fantastic! Back came Jason with acoustic 1st position top end licks that Kim Wilson would have applauded. Then into electric 2nd position with Bassman crunch, high on the gain witch. Wiry and hunched like a punk warlock, Jason was blending harmonica potions before our very eyes. The band peeled away from the stage leaving him to transfix the audience with a blistering cadenza. He played under the spotlight for a full ten minutes, matching the work of any great rock guitarist – just that this was on a harmonica!

And finally into a shuffle. Coffee and cigars after an exotic menu. Playboy was a fabulous finale in BB King mode with Jerry Portnoy type harpooning.

Not many songs for your money? Technically speaking yes. But did that really matter? Hell no! This was an hour and half’s white knuckle ride through Jason’s blues jungle, fast-tracked to the front of the queue. You’ve really gotta break out and try it. Honestly! It’s your chance to explore a whole new world. Miss it and miss out.

6 thoughts on “One from the Archives… Jason Ricci – Biscuits and Blues, San Francisco 5th Dec 2007”