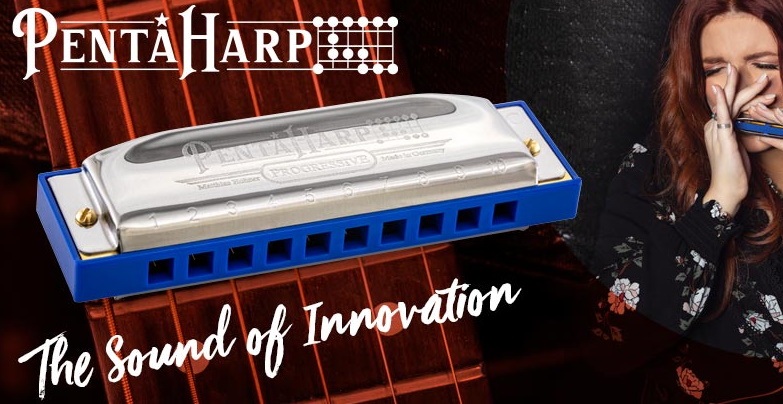 The harp beginner’s and guitarist’s new friend
The PentaHarp has finally reached the UK and we have been busy putting it through its paces. With an attractive electric blue ABS comb, the PentaHarp is essentially a special tuning in a Special 20 shell. An addition to Hohner’s Progressive Series, it comes in a sturdy flip-top box and is packaged in an eye catching outer carton featuring Nashville singer song-writer, Payton Taylor. The packaging explains:

“The PentaHarp simplifies the harmonica by giving players easy access to one of the most useful scales in rock and blues music without the need for advanced techniques. The tonal layout is the Blues Scale, which is a Minor Pentatonic scale with the added ‘blue’ note. Create expressive melodies and solos quickly and easily, and never play a wrong note!“

What’s the buzz?
For anyone new to the harmonica, the PentaHarp conveniently delivers the blues scale in a uniform blow-draw sequence. No bends or interruptions to the pattern are involved and on this basis playing it is highly intuitive. Further investigation reveals that the instrument was developed with guitarists very much in mind, which is reflected by the guitar tab icon in the logo. We are not suggesting that guitarists don’t enjoy Richter tuned harps, or that they find them too hot to handle.

On the contrary. Plenty of guitarists are just as adept on the Richter harp as they are on their fretboard. However, from online interviews it is enlightening to find that guitar players’ enjoy having a harmonica layout that matches their own melodic mind map. Placed in a rack, soloing a blues on the PentaHarp obviates any struggle with Richter tuned bends and overbends, freeing up the effortless extension of melody to their performance. 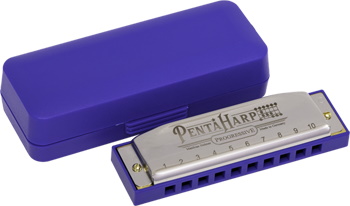 As Jason Ricci points out in his reviews however, the problem with new tunings is that as fast as you solve one set of problems, you create new ones. Consequently three user viewpoints have emerged. One camp is unequivocally pro the new tuning, one camp is evidently sceptical, and a third avoids offending the others by playing on the harp’s merits and concealing their own bias.

If it was a bicycle, the PentaHarp would come with stabilisers pre-attached. Unless you go crazy, you won’t fall off. Alternatively, it’s like a harmonica ready meal. Lick your lips because you are in for a feast straight from the micro. The reality is that while you benefit from instant results, you miss out on learning to balance and the satisfaction of cooking to suit your own taste. Then again, monotony is the mother of improvisation. The full potential of the PentaHarp is possibly yet to be realised.

On the 10 hole Richter tuned harmonica in 1st position, the major pentatonic scale is readily located in 4B  4D  5B  6B  6D  7B. It’s the familiar major scale (do-re-mi-fa-sol-la-ti) with the fourth step (5D/fa) and seventh step (7D/ti) removed. Translated to 2nd position (cross harp), the major pentatonic is readily available as 2D  3D” 3D  4D  5B  6B. Being major, this system sounds jolly and upbeat. To western ears it also sounds distinctly exotic when compared to the major scale. Here’s Bobby McFerrin explaining its universal appeal.

The minor pentatonic scale, in contrast, is sad or reflective. On a Richter tuned harp it can be readily located using cross harp stations 2D  3D’  4B  4D  5D  6B. The start and end points are the same as the major pentatonic, but the pathways are different. While the 3D”/3D’ changes stand out as the main difference, the switch from 5B to 5D is subtler but possibly more important. When playing the major pentatonic in 2nd position, inadvertently pulling 5D can be a pitfall for seasoned players used to the cross harp blues scale. Muscle memory overrides cognitive power and the result can be problematic. In simple terms, drawing 5D over a major pentatonic melody can grind the gears. Knowing when and how to deploy a pentatonic or blues scale is an important step in learning harmonica.

But what is the pentatonic scale’s practical use? The major pentatonic provides the underlying code for songs such as My Girl by The Temptations or Chuck E’s In Love by Rickie Lee Jones. It is a safe and reliable selection of tones with which to improvise over a stack of evergreens from Buddy Holly to Hank Williams. In a similar way, the minor pentatonic provides the underlying code for songs such as Summertime from Gershwin’s Porgy and Bess. The minor pentatonic offers up the same level of accessibility as the major pentatonic, but with one added twist. We eventually find ourselves connecting the central two tones in 4B and 4D by adding 4D’, whereupon we create a hexatonic (six note) system. This is the blues scale. 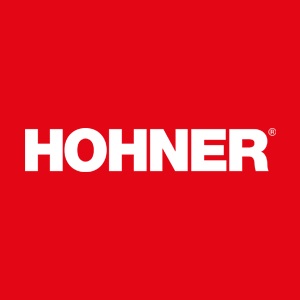 To the seasoned cross harp blues player, the outcome is akin to playing straight harp, or 1st position blues. It just demands time for habit breaking and mental readjustment. That being said, there is no bending to master, and the ‘pinch point’ between holes 6 and 7 on the ten hole Richter tuned harmonica is absent. Consequently we can flow the full length of the harmonica without changing a thing.

Any other business
Down to the nitty-gritty. The full PentaHarp layout for an A minor tuned instrument is show below. For those interested, it is possible to produce two semitone draw bends in holes 1, 3, 4, 6, 7, 9, and 10. Holes 2, 5 and 8 will produce a quarter-tone bend. It is also possible to overblow each of the blow reeds. With this information a seasoned player will no doubt identify some useful sequences using not only the natural notes, but also some bent options.

The sound of innovation
Given a couple of hours uninterrupted free time, a competent and curious harmonica player will not only adapt to the new tuning, but find themselves discovering some unique applications. Take this 12 bar uptown box blues pattern over a I, IV, V chord sequence as an example: 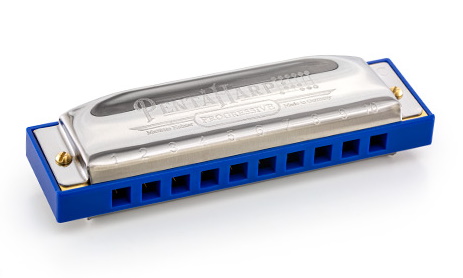 For a far eastern or folky effect, different intervals, octaves and a closing split chord are fun to explore:

Working from the perspective of relative major/minor chords, 10th position minor blues is also a real possibility (C minor on an A minor Pentaharp). If you play third position blues on a regular Richter tuned harp, the feel and layout her will feel quite familiar:

Armed with this and a little practise, we can produce this kind of feel:

Harp Surgery says
As with any major manufacturer’s latest model, a lot of excitement has been provided by the arrival of the Hohner PentaHarp. We would like to thank our friends at Hohner and Sutherland Trading for the opportunity to try one out first hand and share our findings. We’ve enjoyed exploring its 1st position minor pentatonic and blues layout, although we do miss the more expressive bent note combinations provided by a standard Richter tuning. 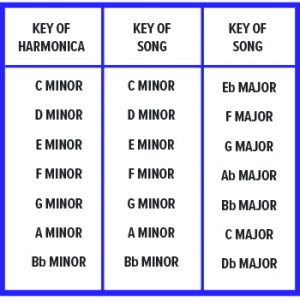 We have also enjoyed exploring the 10th position option, which has a great deal of mileage. Would we necessarily opt for this over 3rd position on a standard Richter tuned harmonica? Having spent so many years perfecting positional playing on a standard 10 hole, probably not, but it’s an option.

Do we see any value in the PentaHarp? Most certainly. Newcomers to the harmonica, guitarists and other musicians will find this an easy way to get started and add to their soundscape. Emulating the harmonica greats will prove difficult, but new applications are almost certainly waiting to be discovered. Educationally many harp players are unfamiliar with the magic of pentatonic scales as opposed to blues scales. The PentaHarp may help to build more awareness of this important system. Here are some further observations: 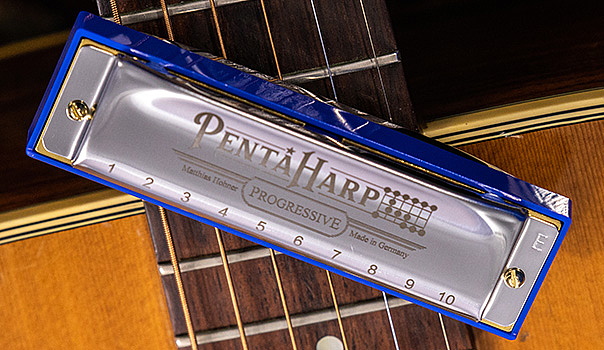 Tech spec and keys
As with a Special 20, the PentaHarp reed plates are recessed for good air tightness. The cover plates are stainless steel, held on by old style slotted screws and Special 20 decorative nuts. The 0.9mm reed plates and reeds are made of brass. The PentaHarp is available in the minor keys of LF, C, D, E, G, A, and Bb, with the root notes in 1B, 4B, 7B and 10B