Put your hands on your head, Simple Simon says

It was the end of another busy week in the village. There’d been so much rain, the duck pond had swamped the High Street and a family of widgeon was floating past the Surgery’s kitchen window. Our Monica had finished mopping up the puddle by the kitchen door and it looked like there would be no way home for a while, short of borrowing the Good Doctor’s waders.

‘Time for a nice hot cup of Yorkshire Tea!’ the Good Doctor said cheerily, placing a couple of logs in the AGA and setting the kettle on the hob. ‘Now here’s something I’ve been meaning to ask you for a while,’ he continued, ‘head or hands?’.  Our Monica looked worried. ‘Do you mean heads or tails?‘ she replied cautiously. ‘No, no, when one plays a trill on one’s gob iron, should one move one’s head or one’s hands?’, the Doctor asked in earnest. ‘Doctor, I’m sure I don’t know what you mean,’ giggled Monica. ‘Hmmm, I’ve been weighing it all up..’, the Doctor replied, ‘here’s what I think..’

Bring them down by your side, Simple Simon says, 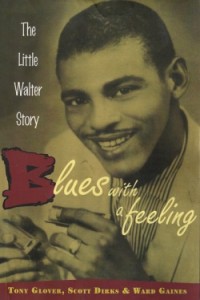 The argument about whether harmonica players should move their hands and keep their heads still when playing a trill, or the reverse, has raged since two free reeds were first lodged next door to one another. Pacifists might suggest the answer lies somewhere in between, but variety can be the Jack of all trades.

For the uninitiated, a harmonica trill is a rapid movement between two adjacent blow or draw holes. Muddy Waters referred to it as a warble. Some harp players call it a roll. Consequently we hear the term head roll for when the head moves back and forth, and hand roll for when the hands do the heavy lifting. Then there’s the head or the hand shake. Same deal. But is either one of these options more correct, or better than the other?

Blues heads might well consult the twelve bar Book of Revelation and ask what their iconic point of reference, St.Walter of Small Stature, might do? Here’s a paragraph about James Cotton from Blues With A Feeling, the Little Walter Story by Tony Glover, Scott Dirks and Ward Gain:

“He was used to hearing whatever he knowed, and if it was anything new he was scared to stretch out on it,” Cotton said of Muddy. ” I had to play those solos Walter made for Muddy note for note! And that kept me kinda restricted ’cause I had to play this thing night after night, every night.” Muddy later told his young guitarist Bob Margolin that he was looking for harp players to “hold up” his voice, like Walter used to do, playing a warble behind Muddy’s singing, then answering it with a phrase. “Muddy Loved that warble, he’d say ‘shake that harp’ to a harp player sitting in, and the guy wouldn’t know what he was talking about – so he’d just stand there, holding the harp in his hand, shaking it.”

Further reading discloses that Little Walter actually moved his hands, rather than his head. 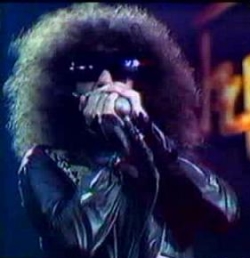 Shake them to your left, Simple a Simon says
But if you had big hair like Magic Dick from the J.Geils Band, and all that leather pants and shades thing going on, a head roll looks nicely rock’n’roll, doesn’t it? So what’s the real deal? Perhaps the Blues Brother’s bass player, Duck Dunn, summed it up when he said, “if the sh*t fits, wear it!” Do what comes naturally people.

When debating the merits of tongue blocking, puckering and U blocking, the Doc says investigate and try to master them all; meantime do what works best for you. At his ripe old age, the Doc’s head-banging days are ancient history. He’s a committed ‘handy’ man. Some might say this is all to the good, as there is a real risk of losing brain cells when you do that heavy metal stuff. But let’s pose an innocent question amidst the impassioned, and often partisan, input this topic can draw. What is the most efficient use of our resources – moving our head or moving our hands? Let’s ponder this further.

Those who are interested in Natural History would probably concur, irrespective of their Darwinian or Creationist leanings, that the human neck does a reasonably good job. It’s fully capable of supporting the human head. So much so that, in some circles, it’s considered a thing of erotic or artistic beauty. But when we learn that the average human head weighs between 4.5kg and 5.0kg (8-12 llbs) – that’s the equivalent of a 10lb bowling ball, or a tray of 12 loaded baked bean cans – it’s a lot of noggin to be tossing about. And we know what happens when things stop or start sharply; we get whiplash, or at least a crick in the neck. Law firms been building their empires on this phenomenon for years.

By contrast however, let’s consider the weight of an average harmonica using statistics from Suzuki Harmonica’s website. The lightweight Manji weighs in at 50g (1.8oz), while the heavyweight Pro Master weighs in at 90g (3.2oz). That’s an average of 70g (2.5oz) per harp, or the weight of a large egg; and that’s between 65 and 70 times lighter than your head. What’s more, with both hands shuttling the harp to and fro, that’s half an egg per hand. On which basis, surely it’s more efficient to build the muscle memory and perfect the control from our arms and wrists, than wobble our heads?

In fairness, it can be more comfortable to head roll a trill when tongue-blocking. You somehow get a better result. Nevertheless, there are those of us who naturally head roll, and those who naturally hand roll. Freedom of technique choice is the unalienable right of every harp players. Et vive la difference! For the Doc however, the focus should not be on the preferred method, but the end product. Does the trill itself sound musical and is it’s delivery well controlled? There’s a time and a place for brushing your teeth; using the same technique for playing single-handed harmonica trills is not the best use of transferable skills. It’s product is very unkind on the ear. By contrast, it is of lasting benefit to replicate the perfect decay of a dropped basketball as it bounces to a standstill and deliver this with balance, finesse and above all control on the harmonica. Whether you move your head or hands to achieve this is of less consequence.

Now shake them to your right
Of course it is also possible to execute a trill using the tongue or the jaw, while the head and hands are stationary. In his book Blues Harp From Scratch, Mick Kinsella dedicates a page to the tongue roll. He maintains that, ‘although the effect is the same as the head roll, the tone is quite different. The tongue roll is easier than the head roll when playing fast tunes.’ Well, if anyone knows, it’ll be Mick Kinsella, that’s for sure. And for the record, a tongue roll is different to a tongue sweep. A standard tongue sweep will achieve a lateral sound effect, but it isn’t strictly speaking a trill. It’s a technique in its own right, with a sound more akin to the strum of a Spanish guitar.

It is also possible to execute a trill by swinging the jaw, but this can feel awkward and uncomfortable. The famous Charlie McCoy jaw swing uses neither the head nor the hands exclusively, but while it facilitates the phrasing of some rapid country licks, it doesn’t appear to be used for playing trills. 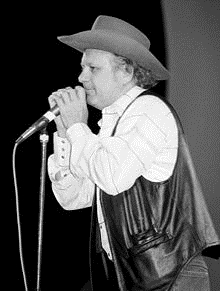 Indeed Charlie cups the vocal mic while he plays, sliding the harp with his hands when a switch or a trill is required.

As a post script, we might also consider the weight of the human jaw, to determine the efficiency of the jaw swing method, compared to a hand trill. Unfortunately while there’s plenty of data regarding the strength of the human bite (around 3,000 to 4,000 psi), you’d be hard pressed to find anything stating the average weight of the jaw itself. Most web searches bring up a hundred and one facts about a famous shark movie. Nevertheless, common sense would suggest the human jaw is lighter than the skull. However,  while Jaw muscles are very efficient at what they do, they afford limited lateral movement. Indeed, a sudden shunt of the jaw can result in painful dislocation; one or two London gangsters were adept in this department.

So if anybody ever tells you to move your hands not your head, or vice versa, tell them to use their own head and get wise. Both options are good options. Hell, if Kim Wilson’s out there shaking his head, while Charlie McCoy’s shaking his hands (his own hands, rather than Kim’s that is), and both sound that good, what greater proof do we need?

And all of the telephone lines are down
Back in the kitchen, Monica was sipping tea from the Doc’s best willow pattern. ‘So when do you think the waters will start receding Doctor?’ Monica asked. ‘I’m afraid there’s no telling Monica, we could be stuck here until the morning. I fancy listening to some Stevie Ray Vaughan? Well it’s floodin’ down in Texas…‘