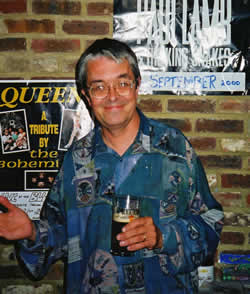 Today’s service was a beautiful testament to one of life’s rarest gentlemen, intellectuals, humanitarians and gifted music makers. Over 200 assembled to pay their respects. And those who couldn’t join the funeral sent their condolences or turned out for the evening’s wake at Brighton’s Komedia. As one friend put it so perfectly, Louis knew so many high profile musicians, yet he always remained wonderfully grounded. END_OF_DOCUMENT_TOKEN_TO_BE_REPLACED