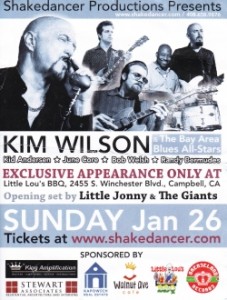 On the first point you can relax. For this commentator at least, the prospect of joining Kim Wilson on stage remains a pipe dream. On the second however, we should begin with some reflections on last year’s Fabulous Thunderbirds performance in London. END_OF_DOCUMENT_TOKEN_TO_BE_REPLACED 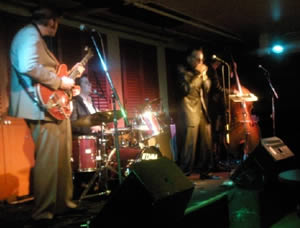 Sadly I never got to see the original line up with Little Charlie Baty on strings, although I am certainly aware of his strong reputation as a performer and studio artist. “All that meat, and them potatoes too!”Indeed his recordings with the Nightcats are quite sensational. Charlie is still around, but he’s taking five. Something they call ‘soft retirement’ in the trade. We can expect to see him again for band reunion gigs and special festivals, but in the meantime his slot is anchored by guitarist elect, Kid Andersen, whose playing is simply astonishing. END_OF_DOCUMENT_TOKEN_TO_BE_REPLACED